I’ve always hated that phrase.  It’s one that gets deployed with glib glee when confronted with something that doesn’t meet with approval.  It’s judgement masked as paternalistic wisdom rather than anything meaningful.

It’s one of the manifestations of the expectation that upon becoming a parent you should box up all the things that bring you joy.  It’s the children’s turn to play and there is no room for you in that equation.  Go read a newspaper and mutter at the state of the world instead.

I should explain more about why it’s nonsense.

When we get admonished for our childish things it generally says more about the person judging than us.  What is considered childish is hugely subjective and can usually be defined as a thing I don’t like or understand.  It’s hard to take criticism of a hobby being childish from a grown adult that plays with model railways for example.  If you share that interest in model railways than of course it is not childish it is a mark of a potential kindred spirit and playmate to swap stories and experiences.

I’ve been guilty of it myself.  I don’t get sports. 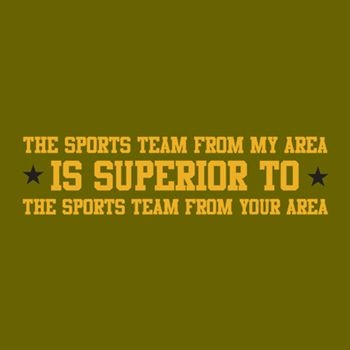 The fanatical support of a sports team baffled me so I laughed along at the archaeology gag.  It was through a response to that gag I found a brilliant comic that explained it in terms that meant something to me and showed me that I was being unfair (pretty much in the way I described above!).

The ‘childish things’ argument is often used as part of a wider assault on parental identity.  On the face of it it’s not an unreasonable argument.  You now have responsibility for a tiny human and that has to take priority over fun and games.

It doesn’t automatically follow that as parents we have to completely abandon all the hobbies and interests that form part of who we are.

What we read, play, and experience out of choice tells us a lot about what motivates and interests us.  It may be a desire to learn more about the world, it may something that provides calm, catharsis or inspiration or it may be something that allows us to express our creativity.

One of the best ways to beat the hateful blandness of small talk staple of ‘what do you do’.is to ask people about what interests them.  Even if that may not interest you immediately it’s the finding out what it is about that topic that excites them that can be more interesting.

Fun as it is bonding over baby poo stories it’s better if we can find out a bit more about each other and the potential spark that makes for a deeper connection than having kids.  Dropping your interests risks that fragile opportunity.

Think of the children

No, really, think about your children and the stories they will tell of you.  If we pack up our interests then all our children will see is a small part of who we are.  They won’t see the childlike excitement in our eyes or want to share in those hobbies and experiences or explore and share their own interests and passions with us.

‘Childlike’ shouldn’t be confused with ‘childish’. We’re familiar with the stereotype of apathetic teens (and may well have been one or *whatever*…) and how much fun they are to be around. Much of that is so desperately wanting to be seen as grown up and pointing out what a terrible world we live in.

The world can be a harsh and deeply unforgiving place but that doesn’t mean we have to abandon all joys or pleasures. Childish hobbies and interests offer both parent and child alike the opportunity for escapism and the chance to dream of something better. 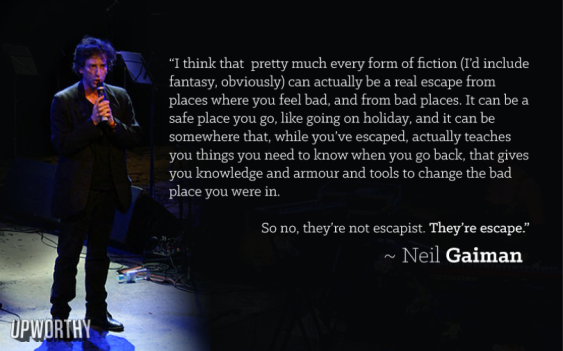 The world can be hard but there is no sense in letting that restrict us. Art and culture would be dull if all it did was directly reflect reality.

Think of how much of what you love reading, watching and listening to is made up.

Now imagine what your life would be like if the people responsible for creating that had listened to the advice that they should give up childish pursuits like making up silly stories or messing around with music.

The whole childish things argument for anyone is counter-productive if the intention is that by abandoning them we are somehow better equipped to handle the stress and toil of real life be it parenting, work or just surviving.  If we put everything into only one area of our life we are less resilient to when things go wrong.

If childish things are all you have then there may well be problems but for the most of us we’re fully aware of the needs of others and the grinding treadmill of adult responsibilities and the endless scrutiny of parenting. It seems unnecessarily cruel to deny us a little corner of our own.

I started with a quote and so I will end with one from C.S Lewis:

“Critics who treat ‘adult’ as a term of approval, instead of as a merely descriptive term, cannot be adult themselves. To be concerned about being grown up, to admire the grown up because it is grown up, to blush at the suspicion of being childish; these things are the marks of childhood and adolescence. And in childhood and adolescence they are, in moderation, healthy symptoms. Young things ought to want to grow. But to carry on into middle life or even into early manhood this concern about being adult is a mark of really arrested development. When I was ten, I read fairy tales in secret and would have been ashamed if I had been found doing so. Now that I am fifty I read them openly. When I became a man I put away childish things, including the fear of childishness and the desire to be very grown up.”