Anyone that has lost a child or children will know that such a statement is (putting it nicely) nonsense.  Nonsense on stilts.

There seems to be this weird belief that a baby lost before birth suddenly has its entire history wiped at their death.

Jason Manford destroyed this one in an incredible post on his Facebook profile but like the Orient Express I too want to step forward and stab the corpse of this particular myth.

Our partners know from the physical sensations they had during get pregnancy that their unborn children had lives.  They felt them move, watched with amusement as they shark from one side to another and wince with pain when internal organs become pillows, trampolines and punchbags.

I know from watching their tiny lives unfold on a small screen that they swam around, used each other as pillows and made our sonographer work for money by making her chase them for an hour trying to pin them down for measurements.

My wife carried them to and from work through the labyrinthine Clapham Junction so they were tiny commuters.

They kicked my arm off them in the mornings already embarrassed by parental public displays of affection and not even teenagers.

When their hearts stopped beating and their kicks became still it did not render those eight months null.  When the Fates cut the thread they didn’t dispose of what had been.

Part of the excitement of expecting are the stories we weave for our children.  What we will do, what we won’t do, the sights we will show them, the music we will listen to and play together, the terrible girl or boyfriends they would bring home, the ritual of hilarious baby photos at their joint 18th, the stories we heard from other twin parents that we wanted for our sons and the ones we didn’t, the fun psychological experiments and dynamics, the poor cat serving as their trusty steed…

Those stories don’t vanish with their deaths.  We mourn them and in doing so we remember them and keep them with us at all times.  To lose the memory of those stories would be a tragedy, a cruel rewriting of our past, their past and the future they didn’t get to see. 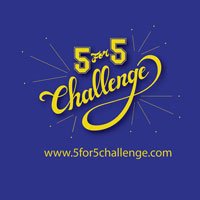